Bei Ge won the British Championship. He beat the 2005 Champion, Matthew Macfadyen, by 3 games to 2 in the Title Match.

Bei Ge resides near Milton Keynes having previously lived in Telford. He works in procurement for a telecom company. He is 36, married and originally from Beijing. He is currently the holder of 5 dan from the BGA.

The Title Match was held at convenient times and places, such as at popular tournaments. The intention was that all games would be broadcast with commentary on KGS.
Games started at 10:00 UK time with an hour break at about 13:00.

The first game was on Saturday 8th July at the Epsom Tournament. Guo Juan, the former Chinese 5 dan pro, gave live commentary on KGS starting at 10:00. The game was also shown on a demo board at the tournament. After an early lead Matthew Macfadyen, playing Black, let things slip and Bei Ge won by 3.5 points. 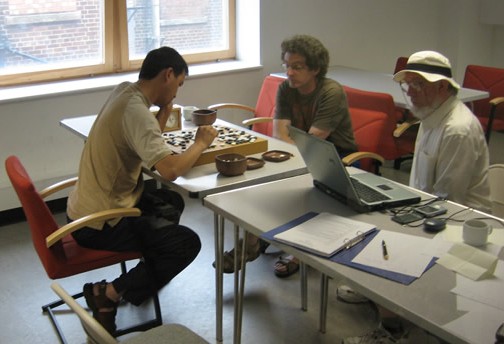 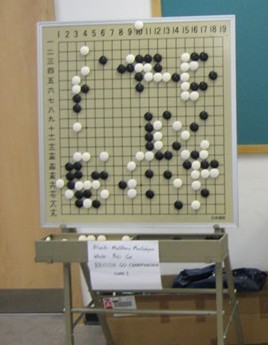 The original game record is also available on KGS under recording name UKCshipRec.

The second game was on Sunday 24th September at the Milton Keynes Tournament. It was broadcast live on KGS with commentary by Guo Juan and also watched and analysed by those at the tournament. Matthew Macfadyen won the game beating Bei Ge by resignation, evening the match at 1-1. Being on home ground did not help Ge, who plays at Milton Keynes Go Club. 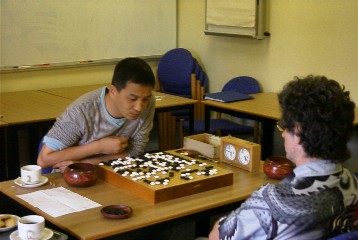 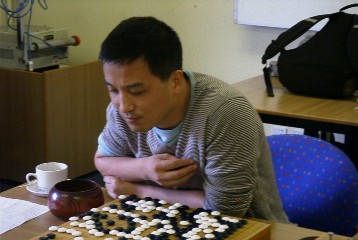 Game 2 with Guo Juan's variations and others' comments

Game 3 was played on Saturday 7th October in Cambridge at David Ward's house. It was again broadcast live on KGS, and so watched and discussed by the players at the Fife Tournament. The player holding white won again. This time it was Bei Ge who won by resignation.

Guo Juan has also made audio comments made after the game available at AudioGoLessons.com 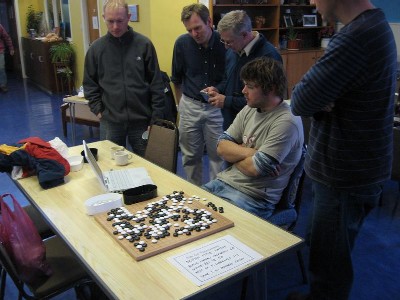 Game 4 was played on Saturday 19th November at the Swindon Tournament. It was not broadcast live on KGS due to technical problems, but Guo Juan relayed the game (having the moves telephoned over to the Netherlands) and provided her commentary. The player holding white won for the fourth time. This time it was Matthew Macfadyen who won by resignation, to even the match at 2-2. 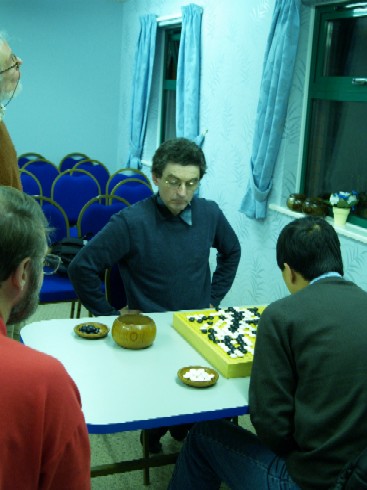 The final game was held on Saturday 2nd December in Oxford at Nick and Sally's house.
There was live KGS broadcast with live commentary by Guo Juan.
Taking white, Bei Ge won by resignation, so becoming the new British Champion.

7 players qualified for the Challengers' League from the Candidates' Tournament. They joined Matthew Macfadyen (British Champion 2005) in an 8-player all-play-all tournament.

Results and game records are available.

The top two in the League then played for the title of British Champion in a best-of-5-game match. They were Matthew Macfadyen and Bei Ge.

The 2006 Candidates' Tournament took place from 29th April to 1st May 2006 at Selwyn College Cambridge.

To have qualified for the 2006 British Go Championship you must have done well enough in a tournament in 2005 to get an EGF rating of 1900 or higher and count as British as according to the rules. The possible qualifiers could enter the Candidates' Tournament.