2003 was a solid year for Go in Britain. The number of tournaments and the average attendance stayed the same as 2002 (26 and 49). The main MSO moved to a new home at UMIST in Manchester and the Cambridge MSO was repeated. Many children were introduced to the game in schools and associations through the work of dedicated Go teacher Peter Wendes. Professional Yuki Shigeno joined Peter for a week in the summer. The new British Go Challenge was devised to be played by hopefully many schools in 2004. The number of BGA members grew over the 700 level for the first time since 1980.

The British Go Congress headed to the far south-west. The Queen's Hotel in Penzance was the venue looking right out over the sea from the playing hall. London based T.Mark Hall (4 dan) dominated the results tables winning both the British Open and the British Lightning. Wanstead Club retained the Nippon Club Cup for a third year. Tim Hunt collected the Stacey Trophy for most wins during the year. At the BGA's Annual General Meeting the same team were reappointed under President Simon Goss. 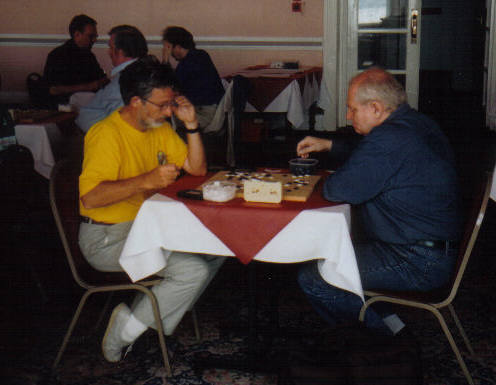 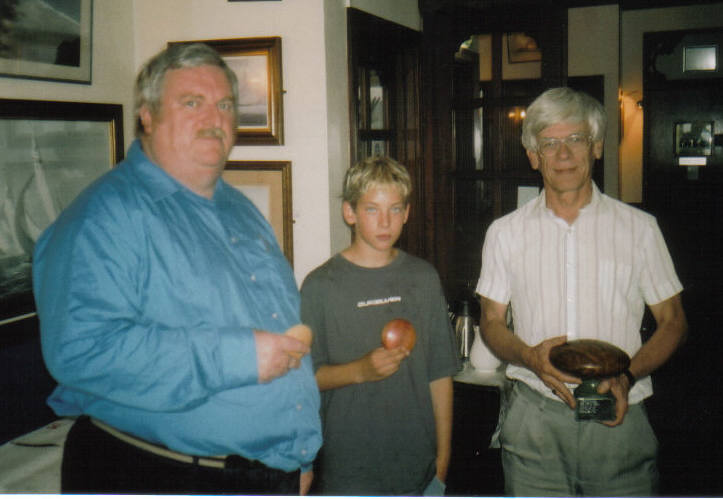 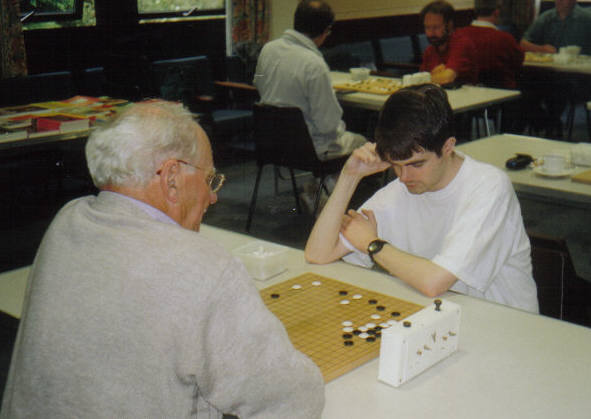 Matthew Macfadyen and Kirsty Healey held on to the British Pair Go title winning the event again at Boars Hill in Oxfordshire. Runners up were Alison and Simon Bexfield, with Natasha Regan and Matthew Cocke third. British Handicap Pairs Champions were this time Swindon's Elinor Brooks and Erik Hall, decided on tie-break. No British Pairs played overseas. The Pairs at the MSO saw Natasha Regan play with Tim Hunt and win. Helen and Martin Harvey took the silver.

Winner of the Candidates' Tournament in Leamington Spa was Quentin Mills. He and four others joined the last year's top 3 in the Challengers League held at the Cambridge MSO. The league was won by Matthew Cocke again. Second was Des Cann and third David Ward. All players beat those placed beneath them. The title match games were played in Epsom and the MSO in Manchester. All three games were broadcast live on the Kiseido Go Server. Macfadyen won all three games giving him the title for the 7th time in a row, 19th time in total. Matthew Macfadyen was the UK representative at the Incheon World Amateur Baduk Championships in Korea placing 19th (the World Amateur in Japan was postponed a year). Macfadyen also won at Gothenburg. 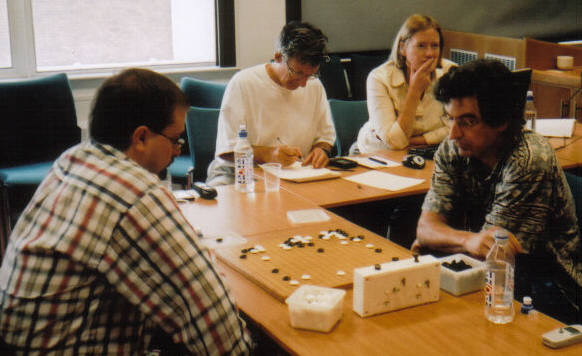 Jimmy Mao, shodan from Bristol, retained the British Youth title beating Shawn Hearn into second. The event was held in February in Cambridge. Jonathan Englefield, William Brooks, Oscar John, Matthew Harris and Ken Dackombe (under 8). Cambridge Chess and Go Club jointly won the Castledine Trophy with Bloxham School. Cottenham were top primary school. The Junior event at the Cambridge MSO was won by William Brooks. The Youth Grand Prix continued and was won by Jonathan Englefield (10 kyu), 500 points ahead of William Brooks and Paul Blockley. Of course star young player of the year was Li Shen who concentrated on winning the adult titles.

The London Open ended the year as usual. Again it was a major tournament of the Toyota-PandaNet European Go Tour and at the prestigious, central location of the International Student House opposite Regents Park. The number of players was up at 127. The last round saw some exciting games involving some of the top players losing leading to a four way tie on 6 wins. So after tie-break the winner was Wenhao Li (China), second Emil Nijhuis (Netherlands), third Radek Nechanicky (Czechia) and fourth Li Shen (China). Emil also won the Lightning.