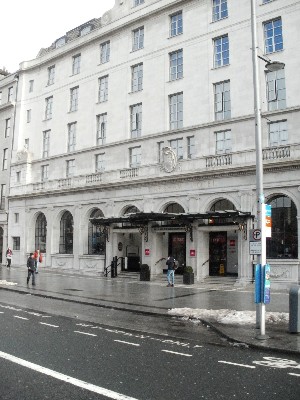 The worst snow in Ireland for 36 years struck during the week leading up to the Irish Open weekend. Helped on by Storm Emma, snow drifts stopped all public transport and flights for about two days and many of the 49 possible entrants were unable to arrive. The Irish Rapidplay, scheduled for the Friday evening, was cancelled and the Confucius Cup (Irish Open) was cut from a five-round European Grand Prix event with 1000 euro prize to a three round rapid play event all on the Saturday afternoon. It was held as in recent years in a top hotel, The Gresham Hotel, on O'Connell Street (shown here after most snow had melted). 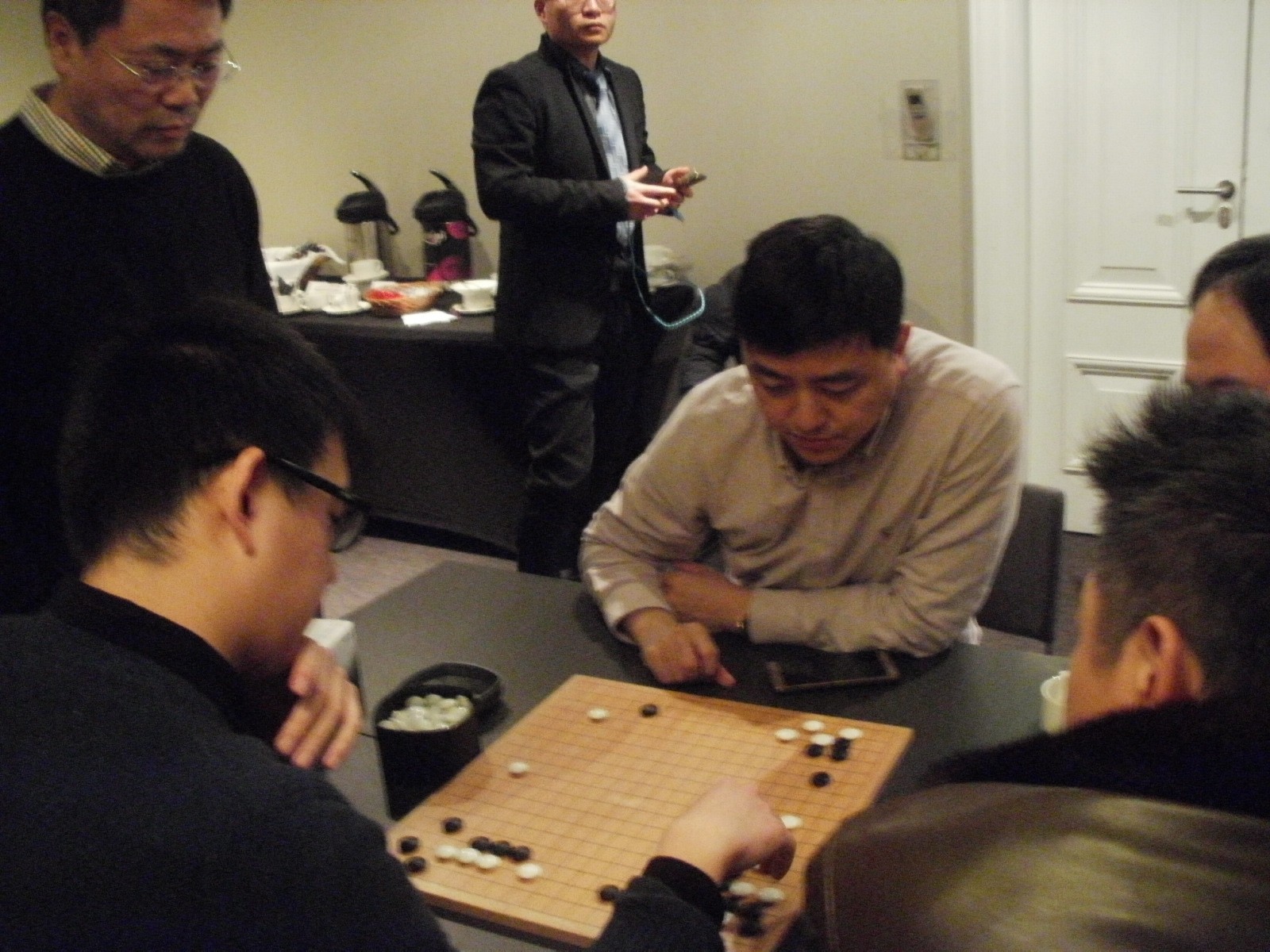 One group that did arrive was the delegation from Shanghai, invited by the Confucius Institute (the sponsor). This included a master Chinese Chess player, Dong Xubin, and the professional Go player Liu Shizhen 7p and Chen Tianhui 6d, Executive Officer of the Shanghai Go Institute. After the tournament these played simultaneous games, before everyone retired to a restaurant for a well-earned buffet.

The Sunday activities were cancelled to be replaced by an informal meeting of the Go club. We hope the Confucius Institute were not too disappointed by the reduction in the event and thank them for the continued support of this event.