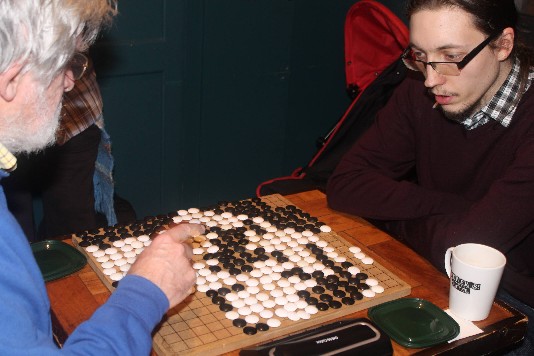 26 players (and a few hangers-on) attended the second Harpenden Go Tournament (previously the Welwyn Garden City Go Tournament) on Sunday 12th January, which had an upped entry level of 1 dan. It was held again in the Harpenden Arms Public House, which still had its Christmas Lights up to honour the tournament, which wouldn't have happened on last year's March date. Afterwards some of the players enjoyed dinner at a local Italian restaurant. 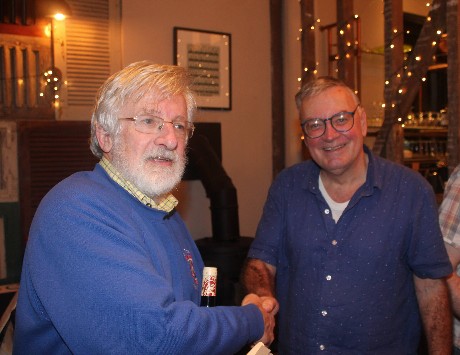