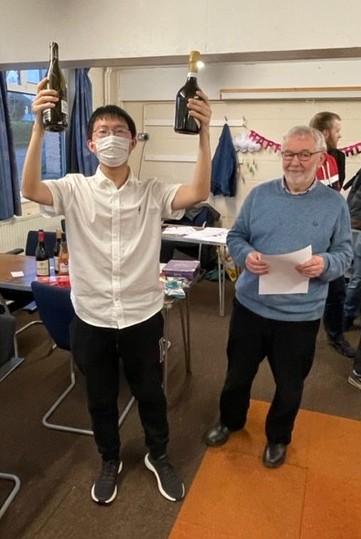 After skipping two years, the Cheshire Go Tournament was back and held at the community centre in Frodsham as usual. Saturday 19th March proved that spring was approaching, as it was a beautiful, warm and sunny day.

There was the usual good turnout of pupils from Cheadle Hulme School; Sheffield University, Lancaster, Liverpool and Chester were also well represented. Of the 34 participants no less than fifteen players were in their first tournament and the grades ranged from the four at 5 dan down to the six at 35 kyu.