Lukas Kraemer, 5d from Bonn, won the London Open with a perfect 7 out of 7. Second was the UK's own Matthew Cocke, 5d, who only lost to Lukas. The third player to win European Cup points was Volkmar Liebscher, 3d, from Germany who topped the group on 5 wins on tie break from Lucian Nicolaie, 2d, from Romania. Next placed was David Armel-Wolff, 4d Zurich, who won 5/5. 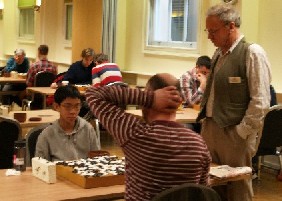 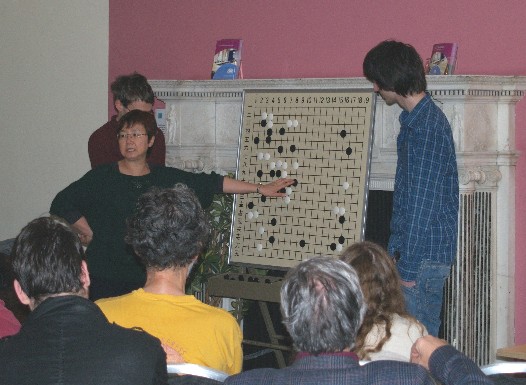 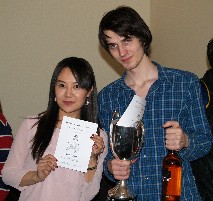 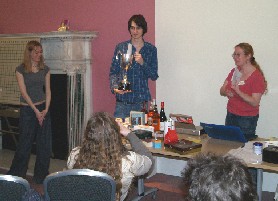 The London Lightning was won by Yuanbo Zhang (4d) from China. He beat Wen Hao Goh, 1d, from Singapore in the final.

The Rengo, after the prize giving, was won quite comfortably by Andrew Kay, Klaudia Kleczkowska and Andrew Simons, and none of the teams finished on zero wins.