Bognor Regis is on England's south coast in the county of West Sussex. 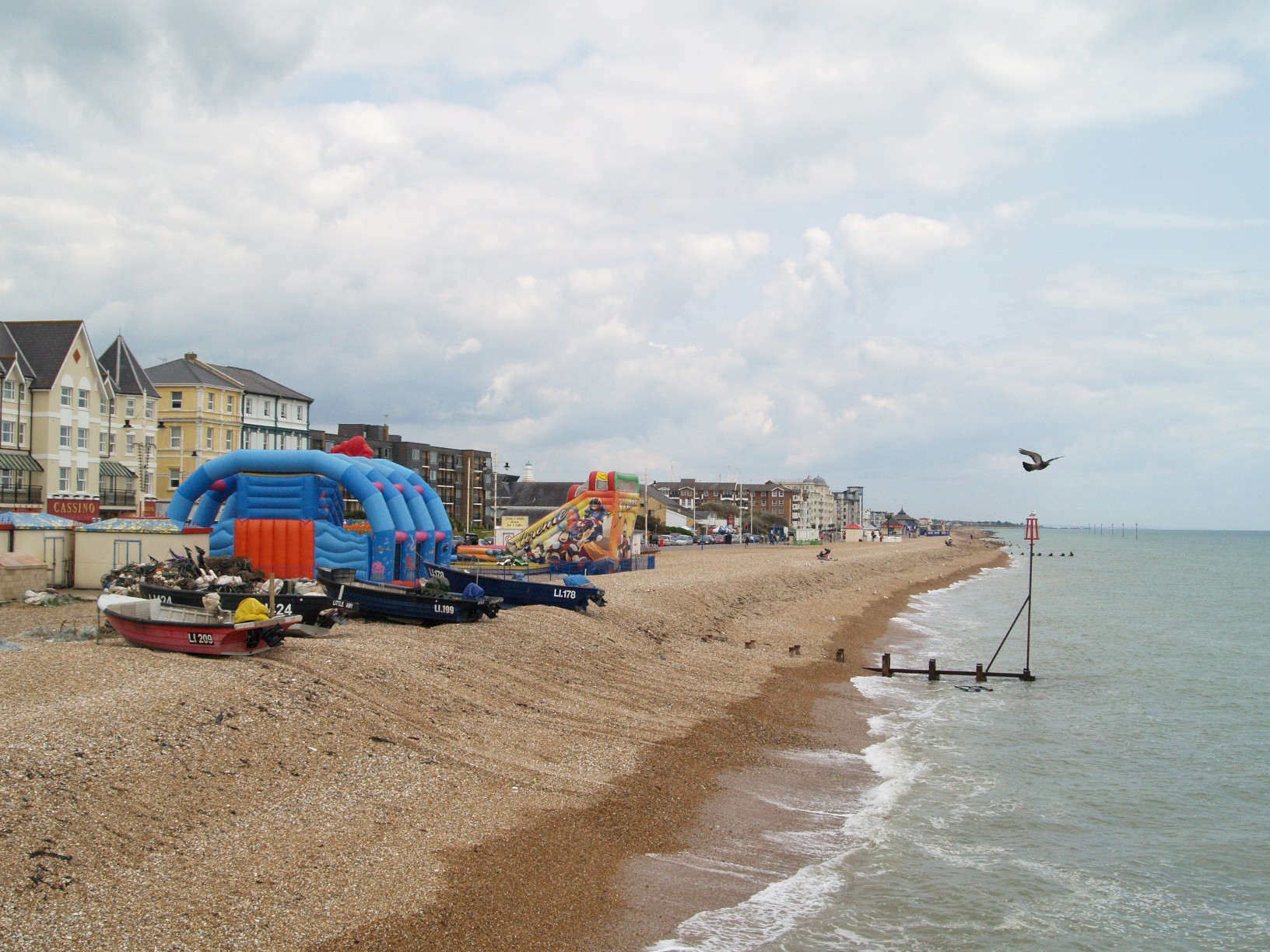 It is about 90 km south-west from London and lies about 40 km west from Brighton and 10 km from the ancient city of Chichester.

Bognor was a small fishing village for many centuries, sometimes the home to smugglers, before it was developed as a seaside resort in the 19th Century. The gardens of the man who developed the resort are open as a park called the Hotham Gardens. It gained the name "Regis" in 1929 after King George V spent three months taking the sea air after a serious illness, though it is rumoured he did not like the town. The Butlins holiday camp opened in 1960.

The town has a variety of shops near the railway station, a town centre Morrisons Supermarket and a large Sainsbury's supermarket on the northern edge of town. There is also a small cinema.

From the station, it is a short walk to the seafront. The pier is famous for the annual birdman competition, though you will have to come back in August to see people dressed in feathers jumping off! There is the small Bognor Regis Museum giving the town's history, which also has a collection of old wireless radios; but the museum does not open until April. At low tide you can see the remains of a wartime floating pontoon which did not make it to France in 1944.

Places to Visit Nearby

It is not far to the beautiful old city of Chichester, with its cathedral, nor is it far to Arundel which has a castle (which might be open). A longer trip would take you to Portsmouth, with its ancient ships, or to Brighton, or even to London (on your way to/from an airport).

The average top temperature at the start of March is 8C, but in 2012 it was much lower than this, whilst in 2011 it was much higher. Hopefully it will be nice enough to walk on the beach, though the sea will be too cold for swimming.