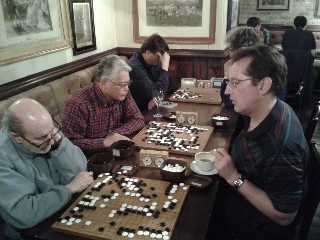 The Spring edition of the London International Teams moved from its usual Sunday to a Saturday to fit in with its new venue, the Melton Mowbray in Holborn.

This time a strong team of French players took part, but they lost out on the tie-break of Captain's results (match result would have been the same) to the North London Club. So North London was first (2 wins 5 games), France was second (2 wins 5 games) and Central London A was third (1 win 5 games). Wanstead took fourth place (1 win 2 games) with Alistair Wall bravely playing simultaneous games as they were a player short.

BGA sets up a Youth Squad

Following on from the success of the European Youth Go Championship 2014 held in the UK, the British Go Association is forming a youth squad which is aiming to send a UK national team to the 2015 youth championships to be held in the Netherlands.

The Leader of the Youth Squad will be Alison Bexfield, 2 dan.

The youth squad is for any junior who will be under 16 on 31 August 2014 and who has progressed past the beginner stage (40 kyu -31 kyu) to reach at least novice stage (30 kyu and stronger). We will be running coaching events and encouraging participation at youth tournaments in the UK to develop the playing ability of squad members in a fun environment.

To reach the standard required to play for the UK in the European championships players will need to reach a minimum of 20 kyu or stronger for those aged up to 16. We will recommend which players we believe have made this standard in advance of the event.

Depite being the UK's oldest ally, the BGA team fought and beat Portugal in the Pandanet C-League on 1st April. However it was not the expected four-nil victory, with one game being lost by half a point.

Switzerland and Spain are now tied with the UK on points, but 3 and 2 board points respectively ahead. As both Switzerland and UK have two easy matches left, it seems unlikely the UK can get into the second place for a promotion play-off, unlikely unless Switzerland suicide one of theirs. Our next match is Cyprus on 6th May.

Andrew Simons on board 1 writes:

My game was fairly easy as my opponent misread a ladder in the opening, which incidentally started the same as my 2nd British Championship game with Andrew Kay. 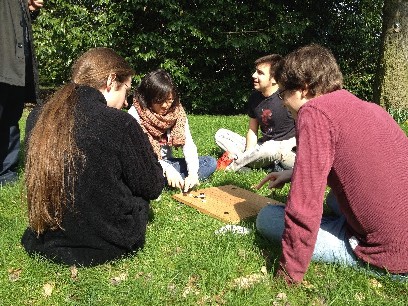 18 people from 4d to 8k attended the 2014 Birmingham Tournament. Several players won two games, but only local player Andrew Kay won 3 games. He was the tournament winner beating Alex Kent in the last round.

The weather was amazing and there was a particularly enjoyable game review in the garden of the venue, Newman House (the University of Birmingham Catholic Chaplaincy).

This year marks the 90th anniversary of the founding of the Nihon Ki-in and they will hold the Summer Go School from 26th August 2014!

Major New Features 2014: - You will play at Japan’s most popular amateur tournament called ‘Takara Shuzou Cup’ at which over 1000 people play! All participants will be given fantastic prize by the sponsor.

The prizes again included bottles of "Skye Monkey Jump Ale", with Go quotes on the back labels replacing the Go proverbs of two years ago; those quoted range from Confucius to Captain James T Kirk. Local firms and craftspeople donated prizes, Diageo again gave a bottle of Talisker single malt.

Another win, this time against the Bulgarians

Des Cann on the Top Board said "I formed a heavy group in the opening. However, I had to let it go and used some of the aji to build influence. I did well later and came back into the game, close going into the yose.

Then I formed another heavy little group of stones and dropped behind. However, worry about my first sacrificed group when in overtime led my opponent to slip up and suddenly my second heavy group of stones cut off some of his stones and he resigned."

Board 2 Alex Kent commented "A Nirensei fuseki occurred in my game and it ended up being a battle of large territories. The game was progressing fairly evenly until my opponent made a mistake which gave me a strong shape, making my moyo a lot stronger.

Jon Diamond (4d) won the Trigantius Tournament in Cambridge for the first time. He beat ex-Cambridge student Will Brooks (3d) in the last round, to end top of the list of 35 players.

Jonathan Richman (5k) and Simon Mader (6k) were the two local players who won all 3 games. Tor Gillberg (11k) from the London City Club and local player Geoff Kaniuk (4k) both won 2 games out of 2. 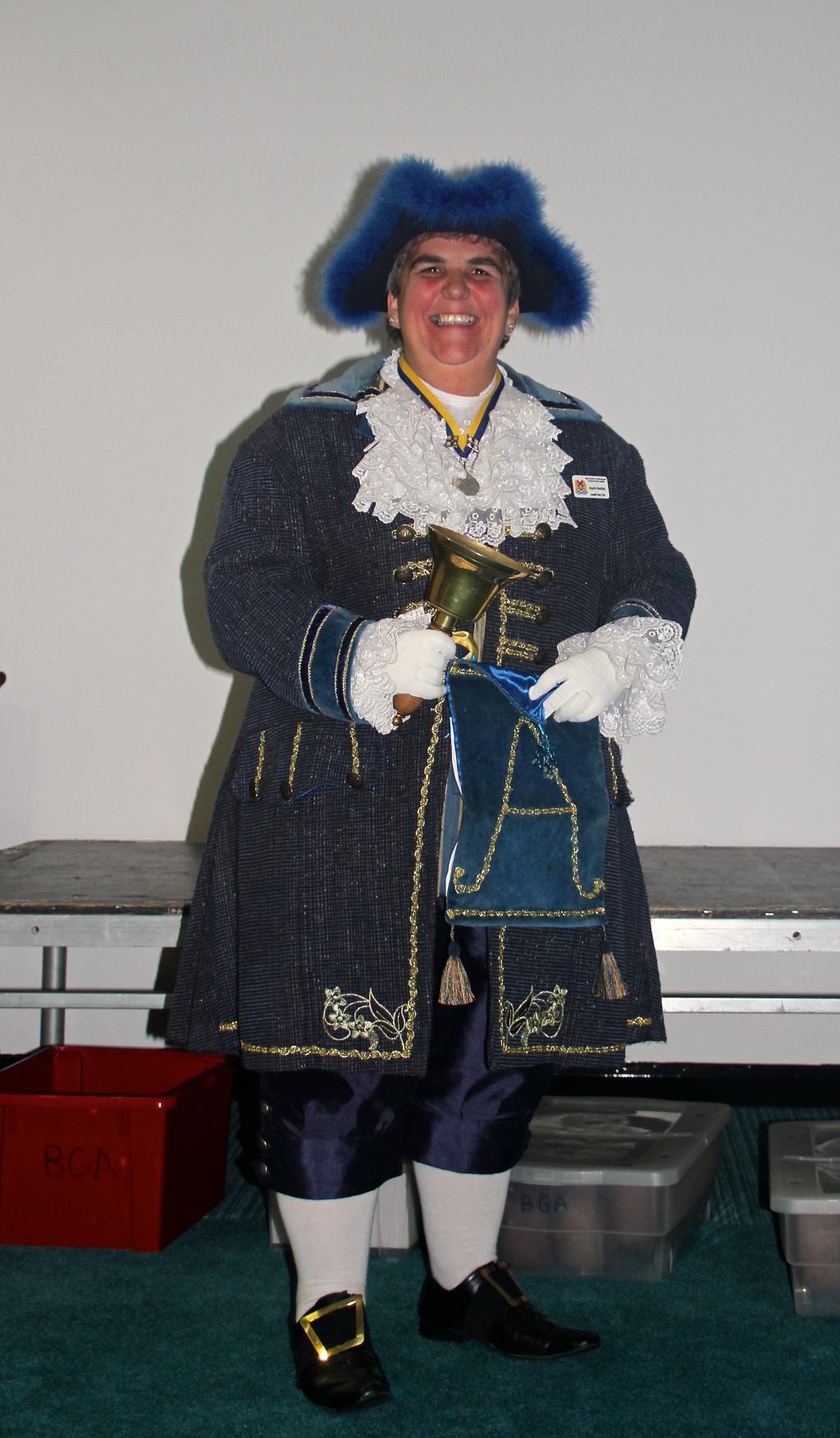 Please visit our Picture Gallery for many photos of this event.

Hopefully the 89 young players in the 19th European Youth Go Championship went away with happy memories of their time at the event. Inevitably there was the odd tear or two when a blunder was made in a game and unfortunately one girl had to withdraw due to sickness, but most players had a really good time both on and off the board. By holding the event at the Butlins holiday centre there was a lot to amuse the children between and after games and very few were seen at the venue after the second game of the day was over.

Bognor is the sunniest place in England and the weather did not disappoint on that count, although the competitors were greeted by rain when they arrived on the Friday and the Sunday evening turned stormy too.

Vanessa, who's now studying in California, has been nominated to represent Europe in the 2nd Bailing Aitou Cup in Beijing starting on 13th March.

The event is a mixed amateur and professional one, with a total of 64 players in the Main competition phase (16 professionals are seeded into this), and is held every two years.

The amateur group will be part of the Preliminary section with 16 Chinese, 8 Koreans, 4 Japanese, 2 Chinese Taipei, one each from the USA and Europe. The remainder of the Preliminary section is open to all professionals, so it will be quite tough for any amateur to reach the Main competition phase, in which money prizes are awarded to all players: from 20,000 Yuan for first round losers to 1,800,000 Yuan for the winner.

We wish her every success!

Subscribe to
We moved to a new server!
If you notice anything broken, please email:
web-master AT britgo.org