The Most Difficult Problem Ever — Igo Hatsuyoron 120

Those who have read the BGA history pages will probably know about the important early Go book in English by Horace F. Cheshire. This historically important book was published by the author in Hastings in 1911.

Robert van Gulik (1910-1967) was a Dutch diplomat and scholar of oriental culture who turned to writing novels to help popularise the genre of the Chinese detective novel. This novel is in the tradition of such works and it, and his other Judge Dee novels, is based on years of research and study into China and its culture. He lived in China for a few years during the War and also in Japan, so he would be familiar with the games they played.

Judge Dee is a typical Chinese detective having just been made magistrate in the town of Han-yuan in 666 AD. Chinese crimes are a bit like London buses - you wait ages for one and then three come along at once - so Dee is a bit busier than has counterpart in western fiction.

Young Samurai: The Ring of Water

“The Ring of Water” is the fifth book in the Young Samurai series of books for teenagers. They are written by Chris Bradford. Chris is a martial arts expert living on the South Downs; you may have seen him doing demonstrations at Japanese culture days.

The Young Samurai series follows the fortunes of Jack Fletcher, a young English lad who is stranded in Japan at the start of the 17th century. After being wrecked in a storm, his ship is attacked by ninja who kill his father and narrowly miss killing Jack too. He is brought to recovery by a samurai lord who enrols Jack into his samurai training school, so that Jack can survive in Japan.

At this point the series becomes a bit like Harry Potter, with swords not wands, and kimono not cloaks.

I must beat the Japanese 9-dans. Move X showed good judgment and took the whole board situation into account. One must come up with a battle strategy that is based on detailed analysis.

Whatever their playing strength, every go player been caught in an unknown joseki sequence and found themselves wondering whether the game would be over before the opening was finished. 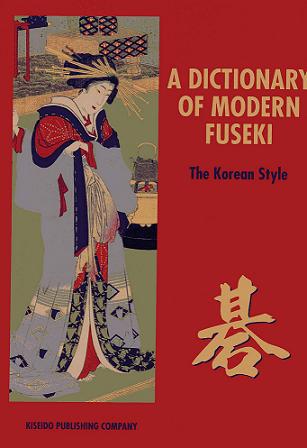 The phrase “opening dictionary” brings to mind massive chess tomes filled with a maze of variations for every conceivable opening.

Subscribe to Book Review
We moved to a new server!
If you notice anything broken, please email:
web-master AT britgo.org