Welsh Run Out of Beer 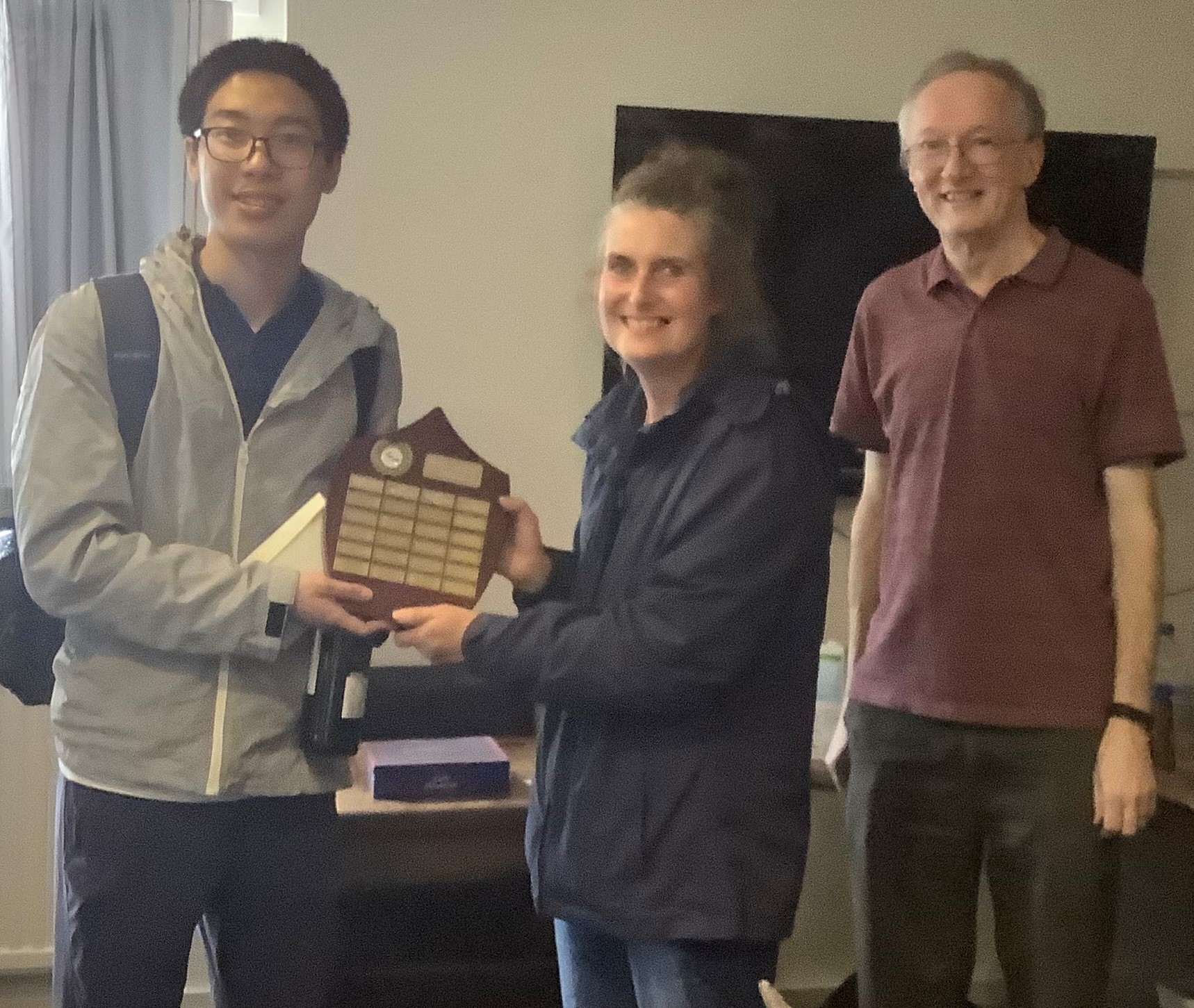 The sun shone well for the 27th annual Welsh Open Go Tournament, held as ever in the coastal town of Barmouth, nestling at the foot of beautiful Snowdonia. 36 players vied over the two days, in the fine Min-y-Mor hotel, where many players had booked rooms, with others opting for the many nearby B+Bs. One intrepid youngster, whilst disabled, travelled solo from Potsdam in Germany, for his first-ever UK trip. The main organiser Helen Harvey was pleased both with the numbers and being sung Happy Birthday at prize giving! We were pleased to have a group of Chinese dan-players leading the field, plus four players who made it over from Nottingham for the weekend, and the return of old faces Eric and Elinor from Swindon. Go and other games were also, as ever, played on each of the three nights, both inside the hotel and on the tables in the front garden, overlooking the long beach. 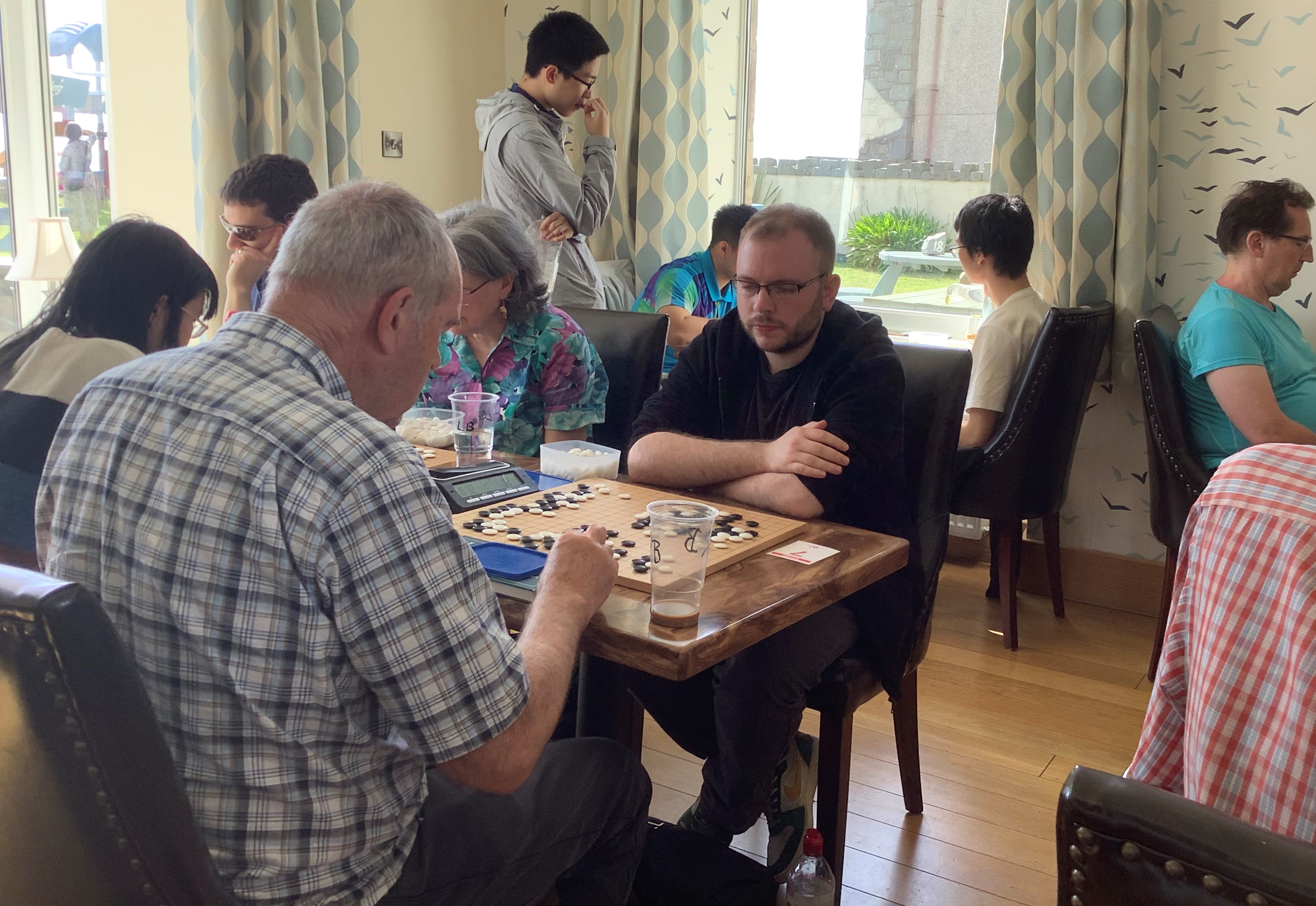 After four rounds, the three Chinese (pictured near window) were bunched at the top of the ranking list. The now customary group double-sitting evening meal was held in the hotel. Unusually, whilst the large social groups enjoyed plenty of the hotel's finest refreshments, for the first time on record we can claim to have drunk them out of their draft bitter, the tasty Abbot Ale. It may have been just temporary, while the next barrel settled, but clearly our thirsty contribution had contributed to a faster run on this tipple than they'd planned for; we were pleased to chalk this one up!

The event used digital clocks for the first time, with 30 minutes' basic ('Fischer') time and an extra 10 seconds awarded for each move played. We have a 2020 vision of allowing a little more time next year.

At the prize giving, wine or chocolates were awarded for 4.5 wins or better. Dave Wheeler (10k Monmouth) won 4.5 games; it was nice to see a player from a Welsh club winning, though sadly few Welsh players were present in this the only regular event on their soil. 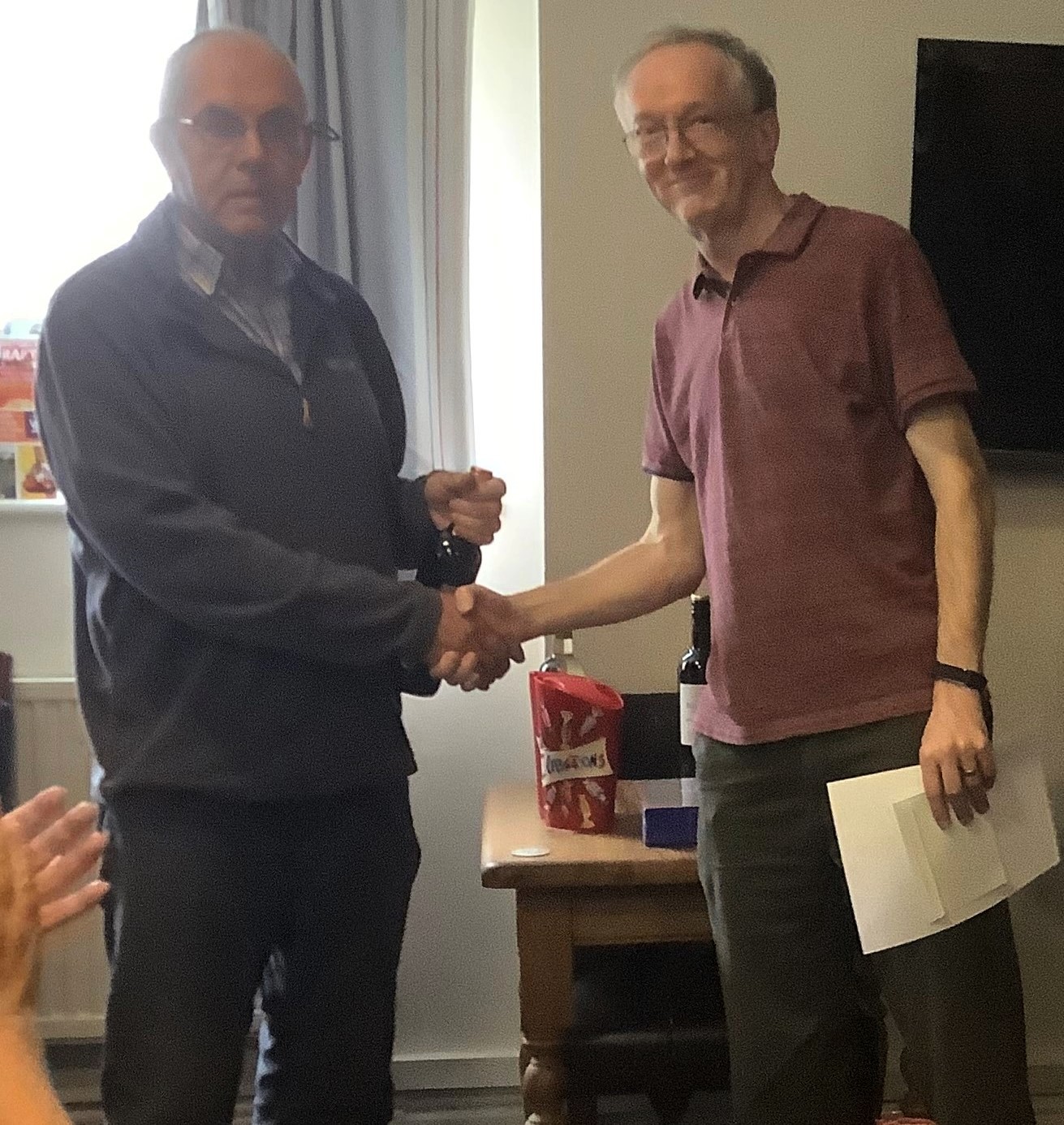 On this occasion the Fighting Spirit prize went to an old favourite, Bob Bagot (pictured) from Lancaster Go Club, for perseverance despite defeats. The GoDraw software used its ingenuity to separate the top three players - the Chinese dan-players - who all finished on 5 wins out of 6. Third, on SOSOS tie-break, was Zhiqing Zhang (5d), and 2nd was Tunyang Xie (4d, Cambridge).
The Winner was Xunrui Zhao (3d, Central London), who thus earned the cash prize and the Brian Timmins Plaque award - his to keep for a year. This was kindly presented (see top photo) by Brian's daughter, Helen Boccacci, with Helen's daughter Zarabeth lending support.

As usual, people staying at the Min-y-Mor hotel - and B+Bs - have booked their rooms for next year already, to avoid last-minute disappointment. The 28th Welsh Open date is now all agreed, and booked, for 20 and 21 June 2020. 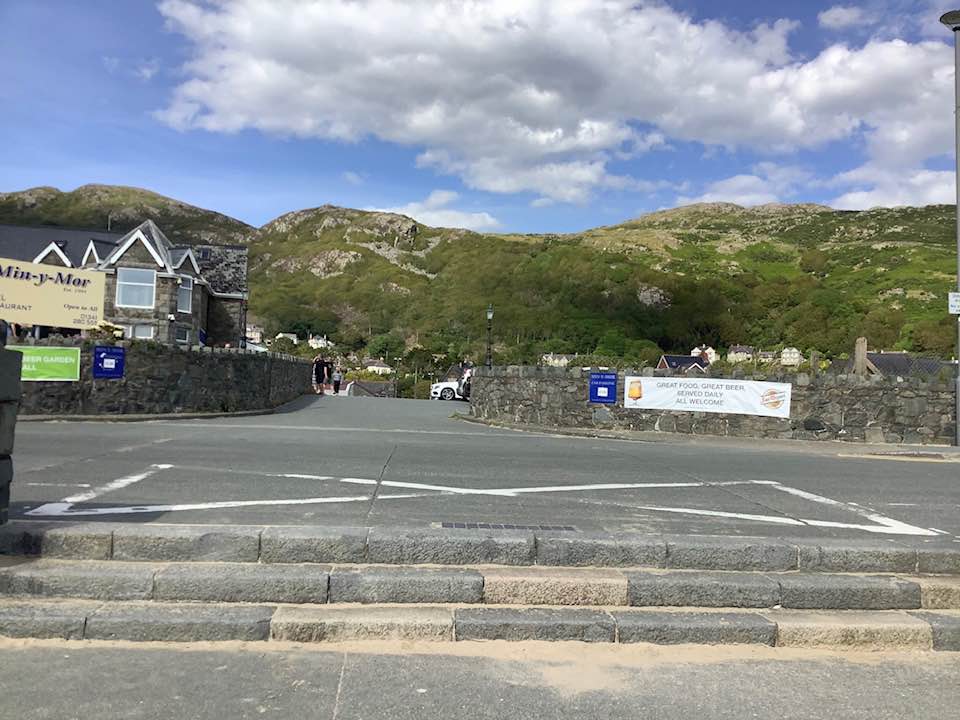