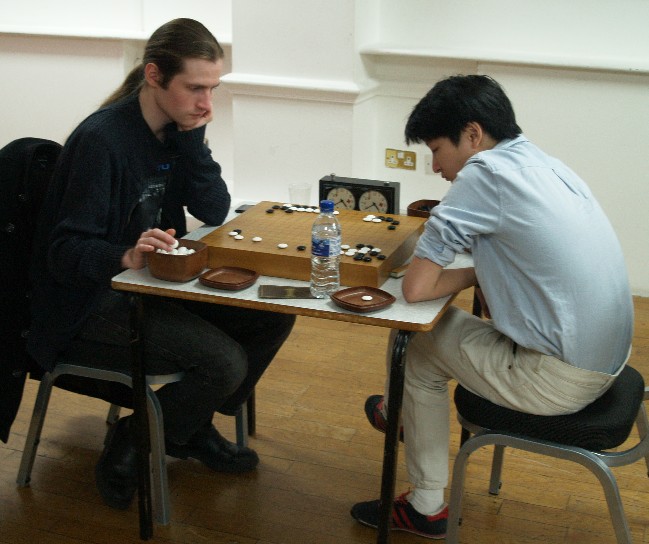 The 42nd London Open was dominated by Sai Sun (5d) from Beijing who won three titles. She won the Open title and £120, with six wins out of seven, won the Lightning and also the Pair Go with Xinchi Gong. In all 76 players took part in the event, held as usual at ISH in London. 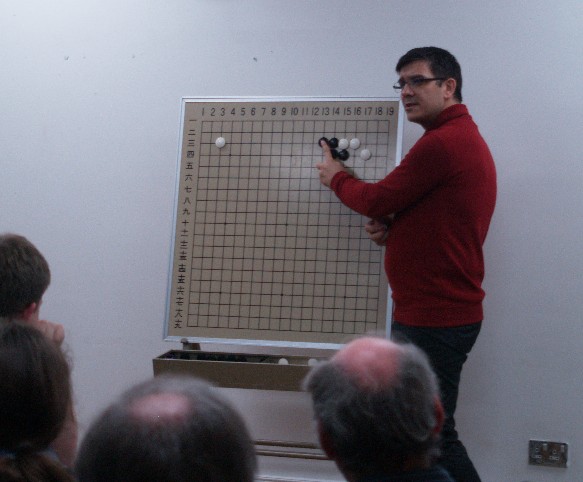 On hand to do game analysis and lectures was the professional from Romania, Catalin Taranu (5p). He lectured on the opening and analysed the game between Andrew and Sai. 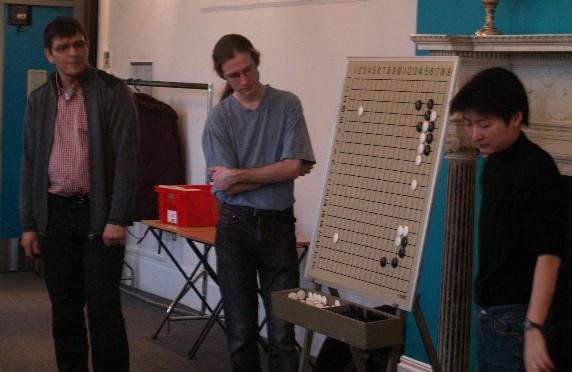 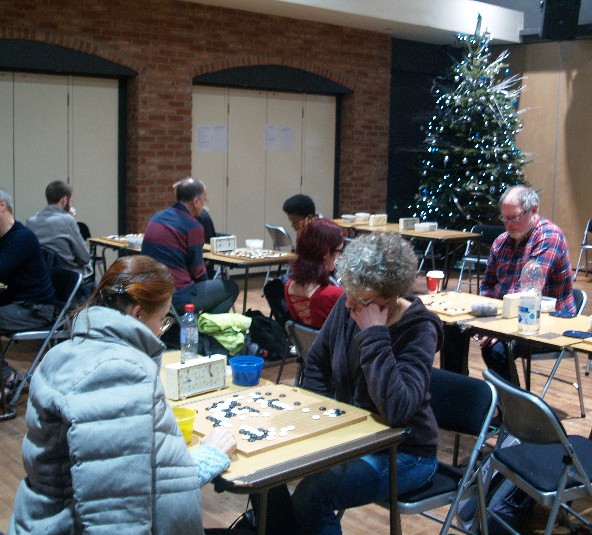 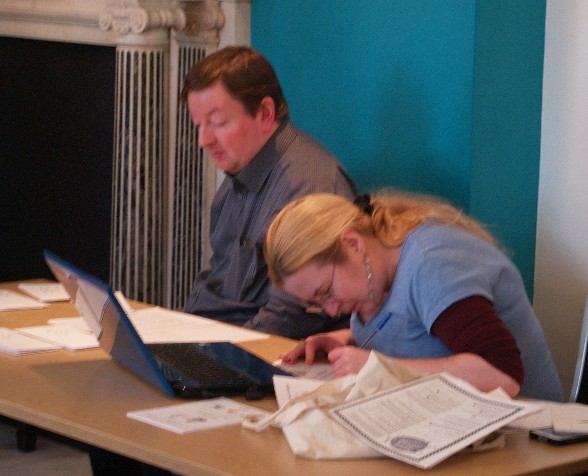 There were 18 players in four groups in the Lightning, winners going on to play a slower (12 minutes not 10) knock-out stage. In that Daniel Hu lost to Sai Sun and Simao Goncalves (2d Luxembourg) lost to Wenshi Chen (5d China). The final only lasted about four minutes with Sai forcing a quick resignation.

After the prize giving there was Rengo (won by Andrew Kay, Sandy Taylor and Tim Hunt) and a New Year Meal, after which the hard working organisers Matt Marsh and Jenny Radcliffe had a chance to relax.